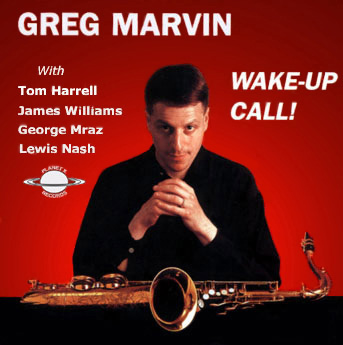 This is an incredibly intimate format for Greg Marvin to step into. The great deal of finesse in both tone and internal rhythm sense between Greg’s tenor and Tom Harrell’s flugelhorn is remarkable in acuity and style. To be into Greg’s fluid sound and enviable sensitivity makes listening to this CD nothing less than pure joy.

The material here is orchestrated very well in a totally improvisational manner, yet, still maintaining a simmering quality harmonically that allows you to bask in its ambiance. I like the feeling Greg Marvin gets. I’ve been a fan of his for years, since his first records. The prevailing feeling from this collection of fourteen originals is a feeling of great original ambiance. The degree of intimacy is also due to Greg’s respect for the music, by hand picking a special rhythm team – James Williams on piano, George Mraz on bass, and Lewis Nash on drums.

…My hat goes off to Greg Marvin. His job as a leader, tenor player and composer is fantastic! His refreshing richness as a musician is worth a serious listen by all. Here is a player who can fervently exploit any tempo on the metronome, while at the same time being very intense and thematic. This is a testament to his prowess as a tenor player. Unfortunately, at this point in time, Greg has been forced to live in Europe due to the lack of serious work for jazz players here in the United States. There is no reason he should not be privy to the gigs and recordings that others obtain who have half his talent or experience, or commitment to the real music

…Here is a master musician making a meaningful contribution to Jazz as an art form, and who’s listening? Who is offering him a tour of the states? What major jazz magazines have done any articles on him? This is something that bothers me, namely the neglect of vital talent like Greg Marvin. This man has some musical dividends that many listeners would love to hear. Not many cats on today’s scene push the envelope like Greg Marvin. His ability to push forward with good humor and unparalleled virtuosity is worth all of our attention. Greg Marvin is on to something. He lends a vital daring spirit to this already open-ended session. This one is an absolute must! By far his most creative and stunning project to date.

… Marvelous too, is the ease with which saxophonist Greg Marvin and trumpeter Tom Harrell converse on Marvin’s new Wake-Up Call! (Planet X). Like any intimate exchange between equals, there are questions-and-answers, overlaps, telling silences, and an overriding sense of heightened attention. The best expression of this (and there are many) can be found in the lyrical introduction to Marvin’s “2/12 Reflection”. Not to slight Marvin’s other quintet-mates – pianist James Williams, bassist George Mraz, and drummer Lewis Nash (all of whom are integral to the group’s success) – but the story here lies in the intertwining lines drawn by Marvin and Harrell, which compel from start to finish. Ther timbres (and, on most tracks, their pitches) are so close, that they seem off-shades of the same color. Harrell’s reputation has been growing steadily, and so should Marvin’s, based on this and several earlier outings on the Timeless and Criss Cross labels.
(Wake-Up Call! is available through North Country Distibution.)

In an era where international conglomerates increasingly determine what gets heard, seen and read, it’s not surprising that so much of our global culture is bland, calculated and ultimately predictable. Even in Jazz, decisions to sign players to major label contracts have become problematic. While talent is still presumably a consideration, to succeed in the mass marketplace means having an aura amenable to being marketed as a ‘young lion’, ‘craggy veteran’ or ‘amazing comeback’ either from adversity (the ‘survivor’ archetype coding a past involving drugs or serious illness) or exile (usually an American expatriate returning triumphantly to New York). Though an obviously oversimplified paradigm, it’s a fact of contemporary life faced by any number of artists who’ve kept at their work and held on to their scruples with neither grandstanding nor publicity stunts.

One of these modern heroes is Greg Marvin, tenor saxophonist extraordinaire. My first encounter with Greg’s music was in 1988 when I reviewed I’ll Get By for the March 1988 issue of Jazz Times.

I wrote: “In an era so largely dominated by the post–Coltrane school (which I too, love) it is particularly refreshing to encounter a genuinely new voice who plays with his own brand of integrity as well as with body and soul.”

That impression has redoubled. And in this musically rich and provocative outing, it’s clear that Greg has not stood still. Indeed, there’s a depth of design and passion marking an ever evolving trajectory that can be traced through an acclaimed an impressive body of work, from I’ll Get By (Timeless, SJP 347), Workout! (Criss Cross 1037) and Taking Off! (Timeless, SJP 348), to the impressive Wake-Up Call!

Greg Marvin remains an authentic original. And though he points to Lester Young, Charlie Parker and Warne Marsh as significant touchstones, he’s developed a sound and improvisational approach uniquely his own. Indeed his Selmer Balanced Action tenor has taken on a warmer, darker, drier character in part due to his switch to a hand–crafted wooden mouthpiece. As in 1988, there are moments when Greg’s richly pliant sound evokes memories of the ethereality of Stan Getz, the gritty middle–register of Zoot Sims, and the plangent purple of John Coltrane’s bottom octave. As for style, he sings with a Youngian lyricism while articulating arabesques reminiscent of both Joe Henderson and Warne Marsh. I’m particularly fond of Greg’s penchant for slurring long lines whose wide intervallic skips and swirling eddies remind one of the excitingly brash stylistics of trumpeter Woody Shaw and the indomitable Sonny Rollins. Most significantly, Greg plays in the moment. Indeed, his signature sound and dazzling improvisations flow, fly and flutter with an immediacy epitomizing Whitney Balliet’s maxim characterizing Jazz as “the sound of surprise.”

As the various duo, trio and quintet groupings unfold, it’s resoundingly clear that this is Jazz at the cutting edge.

While the music more than speaks for itself, Greg’s comments on the parameters guiding his program of dashing originals provide invaluable insights on the tenorist´s bold approach. Regarding the free improvisations (the stunning ‘Hypnopompic Drift’, ‘2/12 Reflection’, ‘At the Rivers Edge’, ‘Way Station’ and ‘Planet X’), Greg notes that “The important thing was to play something more in and of the moment–something more of our own–without a harmonic progression that we’ve played thousands of times before. It’s not atonality per-se that I was concerned with, and in fact the pieces move through identifiable tonal centers. The difference is that we change keys when we want to, rather than when we have to. And, of course, we don’t know the key changes in advance.”
To clarify the point, Greg compared the experience to “having a free afternoon to take a walk, as opposed to following an established route towards a predetermined destination at an agreed upon pace. It’s a different process, a different way of getting to the moment, and right now the process is more important to me than the materials.” Accordingly, this music reflects the mature, interactive musicality of Marvin and his mates, a music with structural as well as emotional élan and integrity. “In the last couple of years I’ve been even more fascinated with Lester Young’s music. And despite the fact that his performances were most often based on popular songs and the blues, I feel I was best able to express what I’ve internalized from him in the free duets. I could take a more relaxed approach and focus on both telling a story and in shaping the notes, rather than being concerned with fulfilling specific musicological criteria.”

The important thing is being there, and looking beyond style, it’s the level of presence in Lester’s and the other great improvisers music that forms the largest part of the message. It’s something we can freely emulate and aspire to without copying.”

Greg’s contemplative ‘At the River’s Edge’ provides a perfect example. Here, in another of the startling duo performances with Tom Harrell, tenor and flugelhorn trace themes at once cerebral and emotionally intense. And as their lyric lines converge and then fan out, we find ourselves in the midst of what might be regarded as the aural equivalent of a hauntingly slow–motion unreeling of a cinematized Jackson Pollack action–painting. It’s also a work demonstrating the extraordinary empathy of two of contemporary music’s most creative and soulful players.

“In putting the quintet together, I felt I needed to follow up ‘Taking Off!’ and ‘Nightlife’ from my last CD (the aptly titled ‘Taking Off!’) which were my favorite performances from that date.”

I might add that in tracks like the ebullient ‘Wake-Up Call!’, I’m greatly impressed with Greg’s and Tom’s contrapuntal inventions. Indeed, their acrobatic dovetailings constitute a fugue–like sequence as crisp and structurally sound as Bach. As for color, the tonal blend of Greg’s mocha tenor and Tom’s purplish flugelhorn is worthy of Picasso.

No less a figure than Lee Konitz has weighed in on Greg’s achievement. “I received a CD copy of this music before the release date and let me tell you, this is some good music. Everyone is in top form, and it’s nice and hot! Greg stepped in and brought a group concept with him that worked! You’ve never heard anything like this before—I promise!” Lee Konitz

Strong words, yes. But words that hit the mark.

Now, good listener, you, too, have the opportunity to share the quest of one of contemporary music’s truly innovative artists. Listen—and be amazed!

“I Received a CD copy of this music before the release date and let me tell you, this is some good music. Everyone is in top form and it’s nice and hot! Greg stepped in and brought a group concept with him that worked! You’ve never heard anything like this before–I promise!” 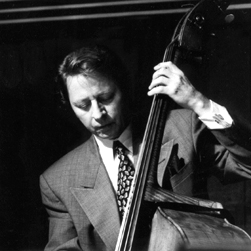 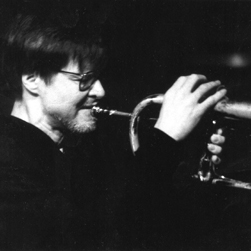 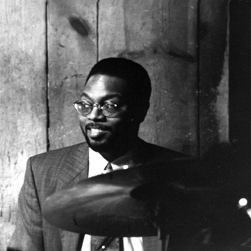